The year is 17XX. The shadow of tyranny looms over the colonial nation of Nikos. The peninsula is an incredible powder keg, ready to explode at any moment. Influential figures must emerge to decide if and when the match is struck, and how we all shape the ashes that remain.

Our Founding Fathers failed us.

They spoke of lofty ideals of liberty, equality, a government for and by the people. They won a war off these ideals, and used them to enshrine a system to comfortably serve the people… the people like them. A perfect nation for white male aristocrats.

While they set down their muskets and pens, the Revolution continued to rage. The marginalized and downtrodden have been continuing the war the Founders spoke of, not the one they fought, for hundreds of years.

Summers of 17XX is a game about Patriots fighting desperately on the battlefield and Congress floor to claim their nation as their own and transform it into a country that stands up to the lofty ideals of their Revolution. Not a nation built on stolen land, genocide, and slavery. A nation built on genuinely putting in the work to make a system that serves the many, not the few.

It’s a GMless tabletop role-playing game about optimistic alternate history. Three to five players will use a prepless, narrative-driven system and a single six-sided die and play to find out what happens when a group of ragtag rebels goes up against one of the most fearsome political and military powers of their age.

It’s a game about the difficulty of genuine change. The temptations of old structures of power. The pitfalls of poisonous ideologies that look like genuine aid. In the end, you might fail. You might follow a sure path to victory right to the end… and then see that what you’ve built is no victory at all. But the work is never done. You don’t need to put down your muskets or your pens. The Revolution lives on.

Summers of 17XX borrows the aesthetics of the American Revolution to explore the way a cultural myth, a legendary version of the past, can inspire those who don’t see their world living up to the supposed victories of the myth. However, the game can easily be adapted to other settings and scenarios. Even without writing your own original Obstacles, the 29 included in the book are designed broadly enough to be reinterpreted into modern, sci-fi, even fantasy tales of revolution. The catalyst doesn’t need to be economic pressures destroying local businesses or soldiers patrolling the streets; the goal doesn’t need to be ousting a literal king. You’re given the space to tell your own legend of Revolution as you see fit.

Play revolves around using your Patriot’s five Skills against an Obstacle’s five Challenges. Players use prompts from Obstacles to narrate the Challenge their own character is facing, and then they use their Gambits and Skills to describe how they overcome it. Picture the simple joy of winning an imaginary argument in your head, gamified.

Intuitive tactical mechanics become complex and dramatic as they mingle with the aid and Sabotage of outside Sovereign Powers, who are controlled by the same group of players in a secondary phase of the game.

Find inside the 168 page corebook:

x 5 Ranks, each with 5 unique Gambits.

x 29 ready-made Obstacles, each with 5 Challenges, for prepless play over multiple campaigns.

x Rules for character creation, general gameplay, progression, and a semi-competitive endgame that creeps ever closer with each session you play.

I love the rotating gameplay systems here, they remind me of the best parts of Blades in the Dark, and I really appreciate that the setting doesn't shy away from the problematic elements of the revolution while effectively leveraging it's alt history setting to great effect.
-Sandy Pug Games 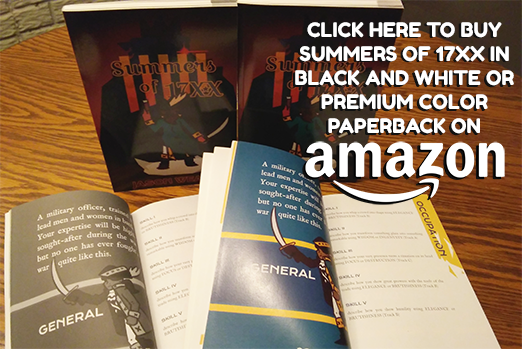 Nikos has a double meaning. In an archaic dialect of the native Albion tongue, it means “nine,” but in the language of the great classical empires of the Old World, it means “victory.” It’s up to you to decide how Nikos lives up to her name.

Victory, or nine. Join, or die. It cannot be both. 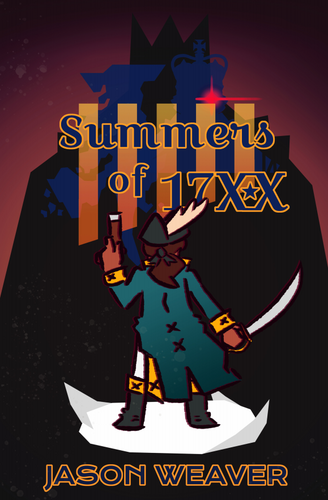 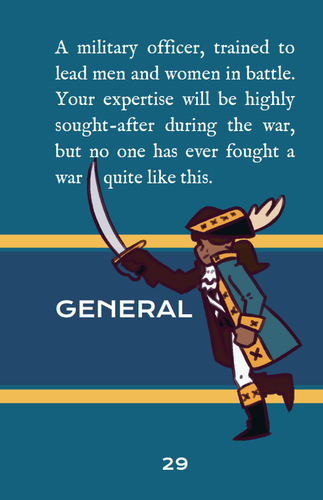 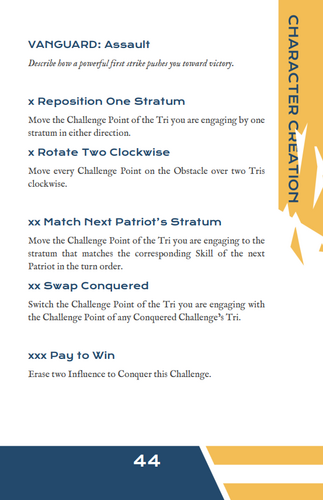 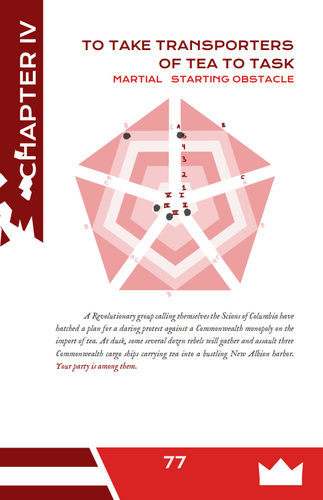 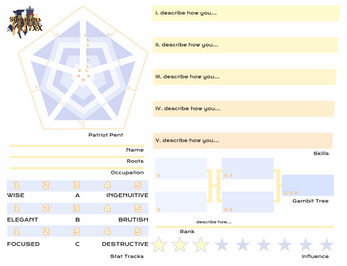