Our Minerva is a GMless, slice-of-life tabletop roleplaying game about the athlete children of undead gods. You'll portray their exploits in Sport, their responsibilities in Duty, and especially their interactions and relationships in a quiet, rural Town where they never actually lived. 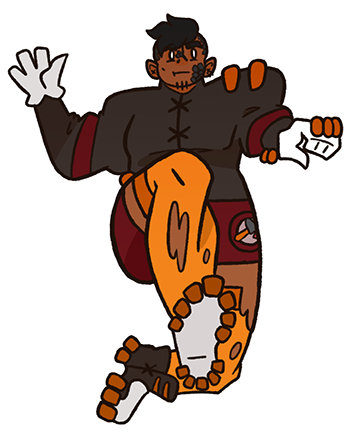 To tell the minerva's stories, you'll narrate scenes, ask questions, role-play conversations, and move playing cards around the table, using their suit and rank to represent the wells of emotion your characters draw on to compete and interact with one another. 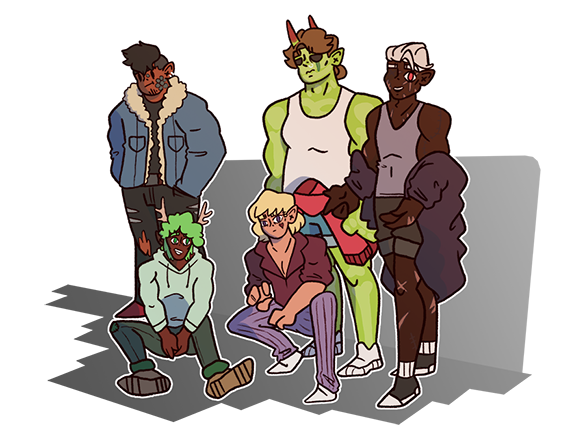 It's an intimate and melancholy game about relationships, parental expectations, and the feeling that your life was decided for you by someone else. Inspired by dating sims, sports dramas, and life in rural Appalachia. 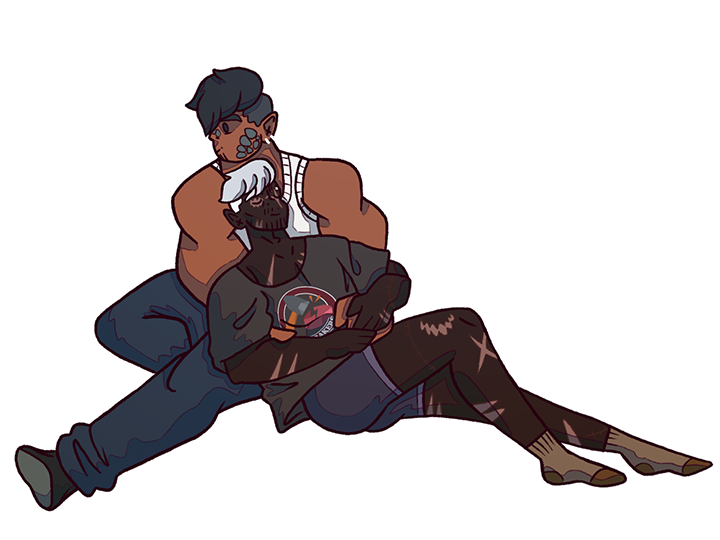 Our Minerva is perfect for drop-in/drop-out campaign play with varying group size for each session. It works great as a duet, and can accommodate up to six players per session with a single deck of standard playing cards, which you'll gradually fill up with Stamps that confer unique abilities and effects.

This download includes two different PDF versions of the game: a full-color illustrated book and a simple plain-text version. Both include a detailed table of contents and thorough digital bookmarking for ease-of-use. You'll also find .PNGs of the game's character sheet, plus optional variants and additional reference sheets. 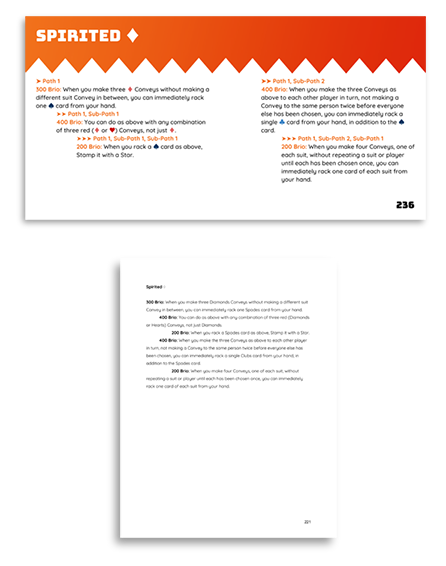 Also included is a character portrait creator, which can be accessed in the form of a .PSD (Adobe Photoshop) file, or as a set of .PNGs organized in folders. An in-browser version (with slightly limited editing capabilities) can be found here.

Pilgrims come from the far reaches of the Microcosmic Plane, from the various worlds over which the divine rule. They undertake a great journey across the stars to offer their services to the divine in Sport.

In private though, far away from the cameras and microphones of Coliseum, they whisper of ulterior motives for their athletic exploits, both benign and sinister. It has even been said that some give voice to the heretical lie that they come from other planes altogether, beyond the domain of the gods both dead and undead. A claim as impossible as it is profane.

Our Minerva is the sequel to Revenant World: A science-fantasy tabletop role-playing game about brave kids and undead gods. It stands on its own, but takes place in the same universe, 150 years later, incorporating and reimagining elements from the first game.

Our Minerva is now available in a variety of physical formats, which will be detailed below.

Please note that orders may take several weeks to ship, as some components may be stocked to order or produced to your custom specifications! Be sure to fill out all information fields from your purchase download page. Products may vary slightly from photos shown below, and are subject to minor cosmetic differences and blemishes.

This physical edition includes all digital downloads, plus the 525 page, premium color, 7.5” x 7.5” hardcover edition of the corebook. 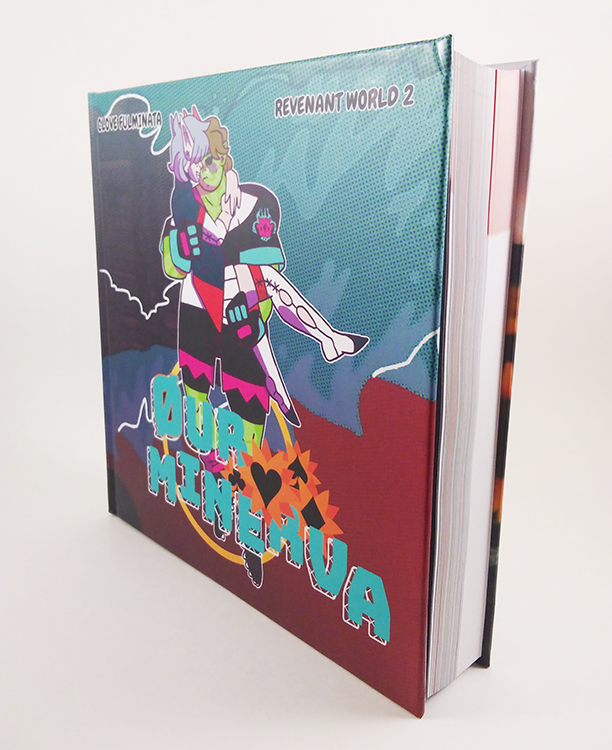 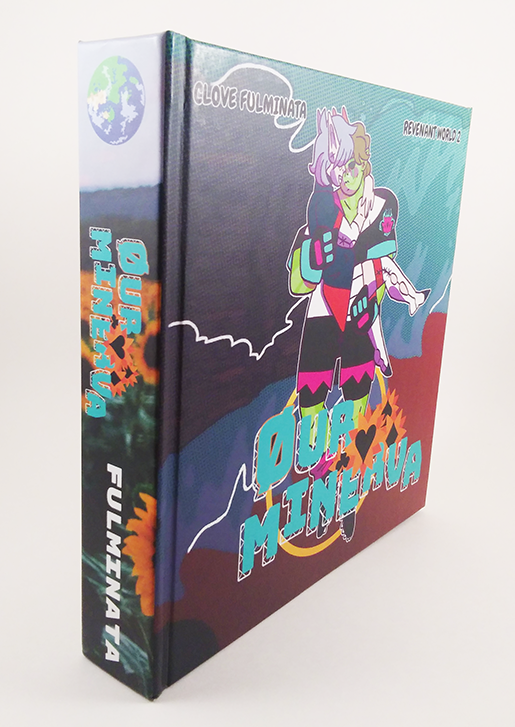 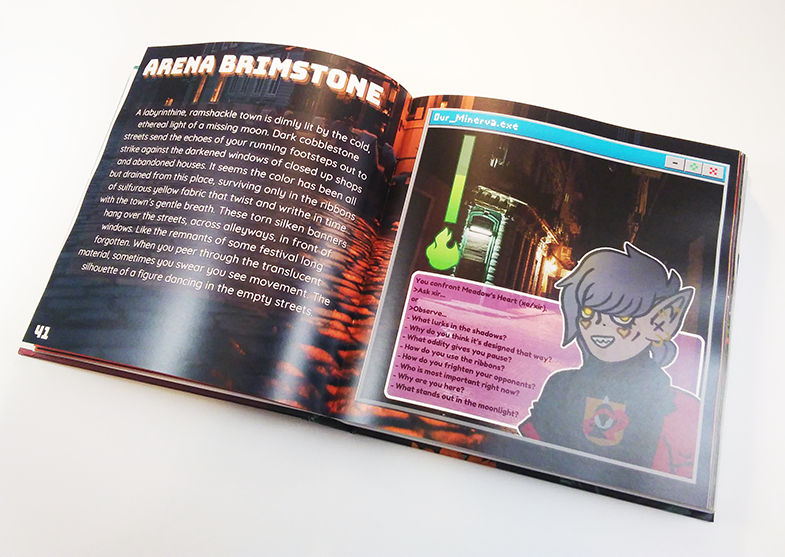 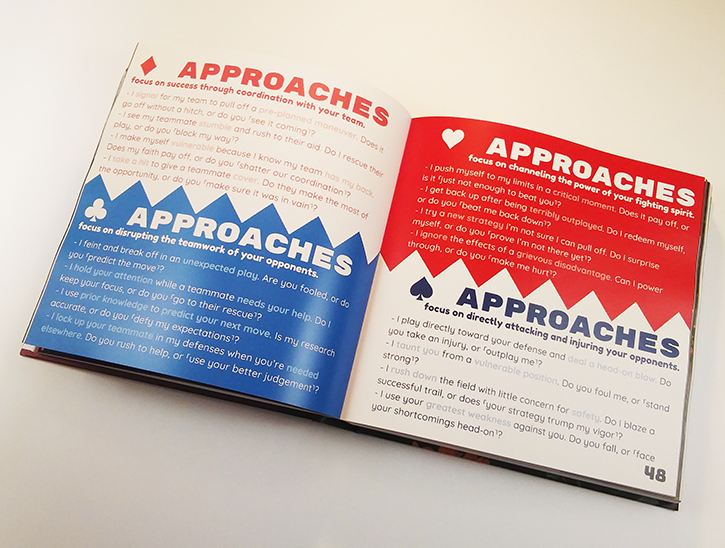 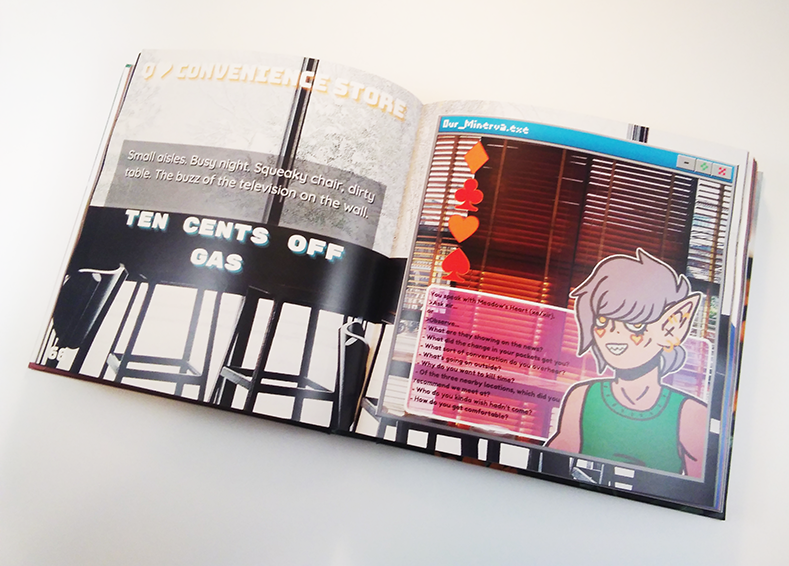 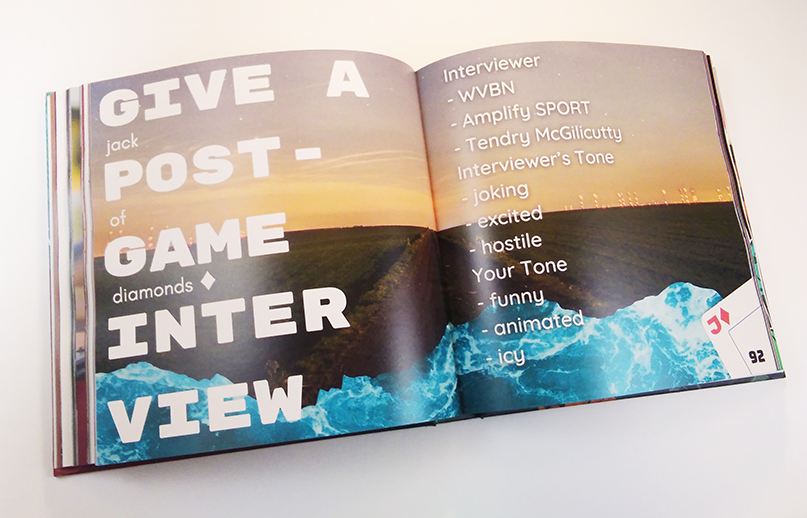 We're working out a way to streamline production and fulfillment on these in the future, but for now, if you're interested in a custom 3-layered acrylic standee of one of the Minervum characters you create in the portrait creator, send an email with the subject line "Custom Character Standee" to revenantworldrpg@gmail.com to discuss details! 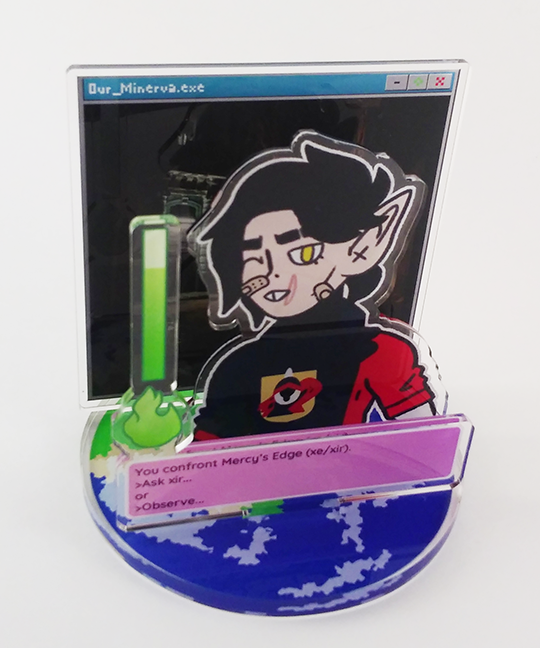 Support this game at or above a special price point to receive something exclusive.

The Standard Physical Edition of Our Minerva, as detailed above.

Price includes shipping within the United States. Non-US buyers: please contact me before placing an order. 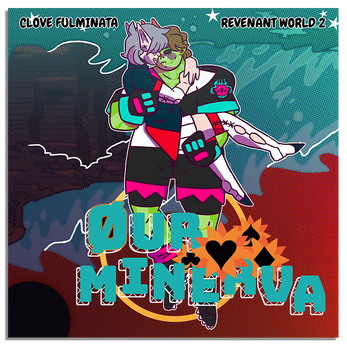 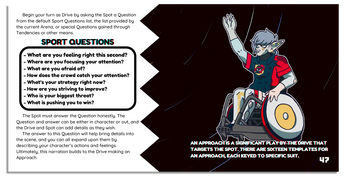 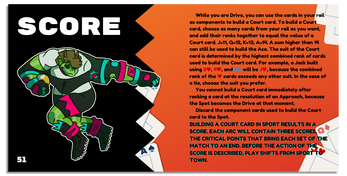 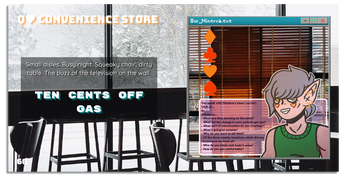 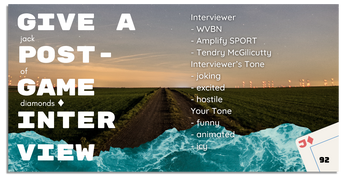 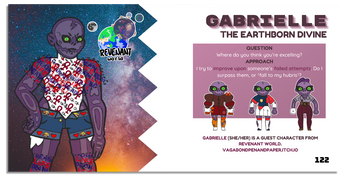 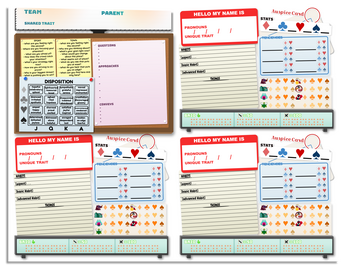